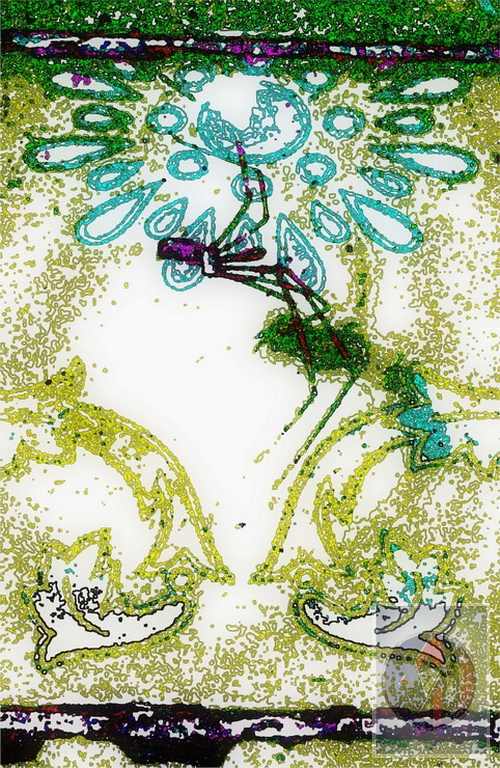 The spider is descending down the invisible depths of its own music, rising up, rolling down. It is the same spider which was dancing in the blue? Or another? It seems listening to the music of the silence…the music written through the rapid, swinging movements in the air. How many angels could dance on the invisible spider’s web? Get caught and find the answer. Everyone is hanged up an invisible rope and dance, dance, dance.